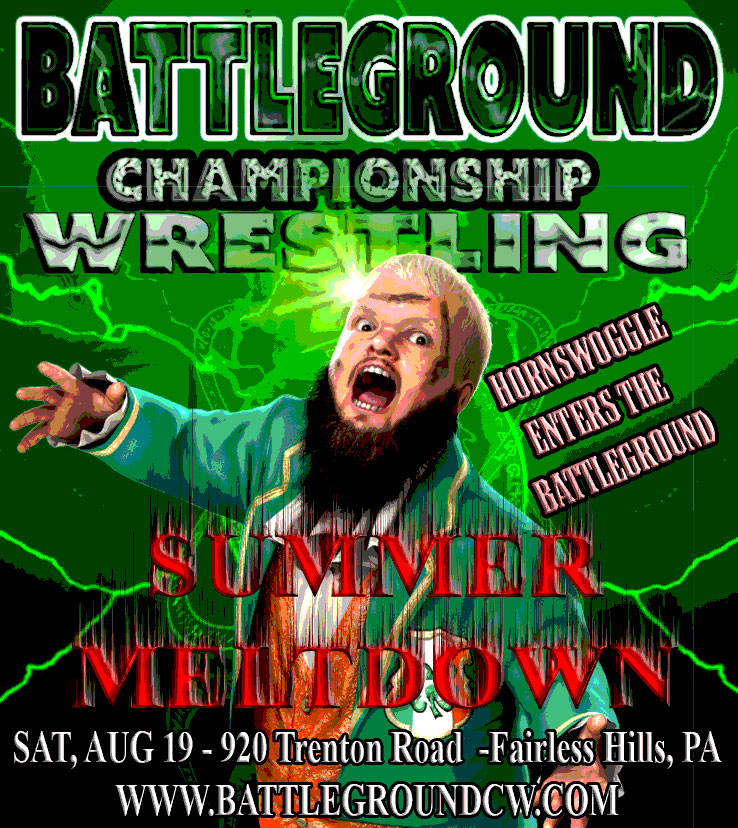 Big thanks to the amazing fans who filled the Battleground for the epic debut of Battleground Championship Wrestling last night in Fairless Hills, PA
The dust has not even settled from last nights incredible action and undeniable controversy that I am already hard at work to give the fans what they demand. The actions of DJ Hyde last night were reprehensible and although he made public threats against myself I will not be physically intimated and will not let his actions go without consequences. The match for “Respect” against WrestlePro owner Pat Buck finished with anything but and I am sure to give Pat and the Wrestlepro faithful the revenge they deserve.  Enough can not be said about the entire locker room, staff, and fans. The competition in the ring was equaled only by the enthusiasm outside of it and I am so very proud to present a product that we can all take pride in.

I would like to announce right here and right now that Battleground Championship Wrestling will return to Fairless Hills PA at the Fraternal Order of Eagles on 920 Trenton road Saturday Night August 19th for “SUMMER MELTDOWN”.  The first person confirmed to appear is former WWE superstar Swoggle!