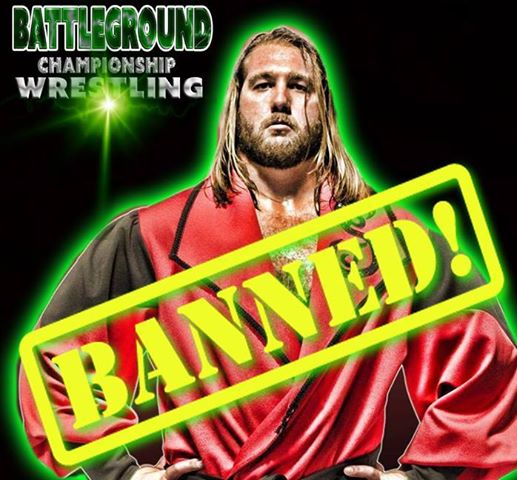 From the desk of Battleground championship wrestling co-owner & GM Timothy Embler I must announce that Big Sean Studd has been banned from the building THIS STURDAY in Fairless Hills, PA.

I attempted many times to put Sean Studd in a match yet he claims the competition I offered was beneath him. He threatened myself and everyone in the locker room. He stated that he will fight on his time when & where he wants. I had no alternative but to ban him from the building.Security will be posted on all entrances of the Frat. Order of Eagles to insure the fans of the Battleground enjoy their night uninterrupted!

Tickets available right now on our official website at www.battlegroundcw.com