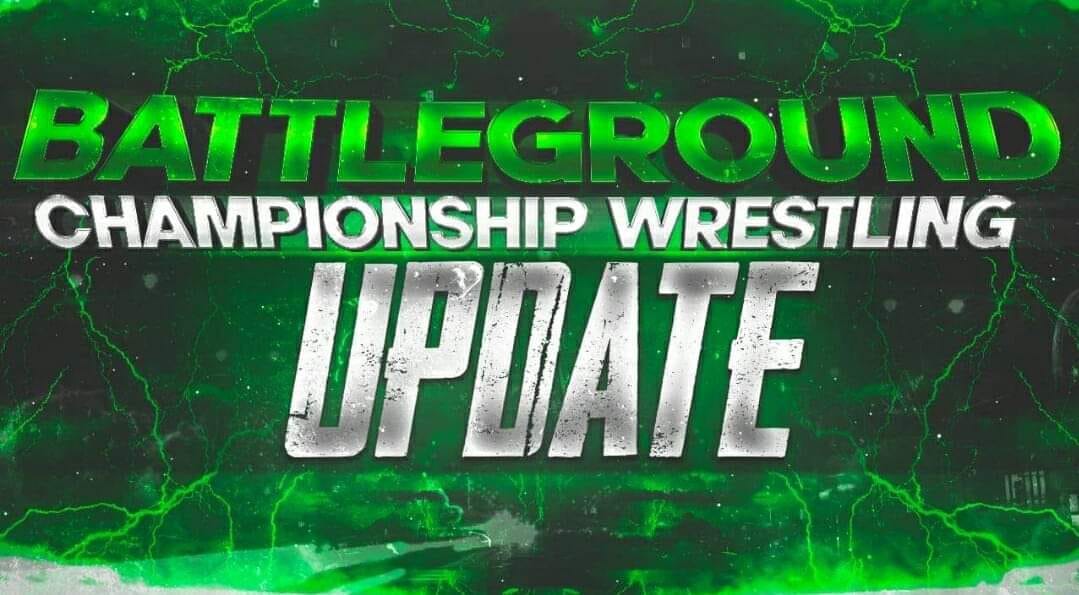 1- Mark Henry opened the show and greeted the battleground faithful!

2- Buddy Mathews walks to the ring visibly upset with the fact that Brian Cage pulled out of the match at the last minute. Buddy had some unkind words for cage which prompted Cages friend KC Navarro to the ring to come to the defense of cage. Essentially Buddy tells KC if he has a problem with him to do something about it setting in motion a unplanned match and causing chaos with management in the back. The match is allowed to take place producing an instant classic that people will talk about for years to come. Buddy narrowly wins and would later attack cage on Twitter.

3- Raven would debut his last agent of the Apocalypse in the form of Alex Odin who would refuse to release a choke on little Guido leading to a disqualification win for Guido. Raven has vowed this is only the beginning of the chaos he will cause.

4- Hall of Famer and legend Ricky Morton defeats Nzo. Nzo didn’t seem to mind and would go on to sell four shirt later on that night.

5- The Gunn club with outside interference from Billy Gunn defeats Bear Country in a back & forth bout.

6- The Wrecking Ball defeats Steve Gibki. After the match Raven would come to the ring an attempt to recruit the wrecking ball. He would promptly turn him down and revealed he will soon be under the tutelage of Kevin Sullivan! It should be noted Steve Gibki was very upset with his loss and stormed out of the arena. Several veterans offered advice but Steve chose to promptly kick the back door open and leave. We hope to get a word with steve soon.

7- Due to KC Navarro wrestling earlier it would end up being Ray Jaz battling Bobby Fish. Bobby would get the victory in a classic back and forth match.

9- The main event would See RVD coming to the ring alone. Sabu was not at the event due to injury. Matt Hardy would arrive and introduce his mystery partner. In a heinous act Matt would insinuate that his partner was his brother Jeff when it was in fact one half of Private Party. Matt would later post the clip on Twitter in an attempt to humiliate the Philadelphia fans. Looking like it was going to be a 2 on 1 contest in a shocking move Bully Ray would come out of retirement to even the odds. Bully & RVD would go on to defeat Hardys team leading to a surprise celebration lead by The Sandman!

It was a incredible night of action, twists & turns establishing the battleground as a force in the pro wrestling scene. The next chapter will be written December 18th when the battleground returns to the world famous 2300 Arena! Already confirmed for action include The Laredo Kid, Tony Nese, PCO & Rhino! Tickets on sale now at the 2300 Arena Box Office.